The Truth often exists in the middle. In the world of economics, the trickle-down Keynesian theories are directly opposed by the laissez-faire Austrian school. But the truth exists somewhere in the middle – the perfect combination of sweeping, centralized policy and organic, decentralized transactions.

Those repulsed by the second question may subscribe to the basic premise of Brad Feld’s Startup Communities. Feld says founders themselves are the entrepreneurial lifeblood of the community. Their initiatives, mentality, and networks form the core of your startup community.

The collective will of those entrepreneurs, which is by its very nature decentralized and visionless, drives the community forward out of the goodness of their hearts and desire to see their community better itself.

For purposes of this piece, we’ll term extremists on this side: “Bottom-Ups”

But what about those on the side of specialized centralization? Those that may buy into some of the core tenants of The Rainforest by Victor Hwang? Public policy and organization can make a region the “Best Place for New Businesses” or “Most Millennial Friendly City in America.”

Letting entrepreneurs build companies and letting community builders build communities is the mantra. Singular, physical location hubs offer a tangible representation of progress. By providing a top-down vision, each community can specialize where it has a competitive advantage and with a stockpile of resources.

For purposes of this piece, we’ll term extremists on this side: “Top-Downs”

In short, these philosophies look like a pure tradeoff between chaos and order; creative wandering and targeted growth; individual curiosities and group planning.

But, what if it is not a trade off? What if it’s not one or the other? What if you need both sides? 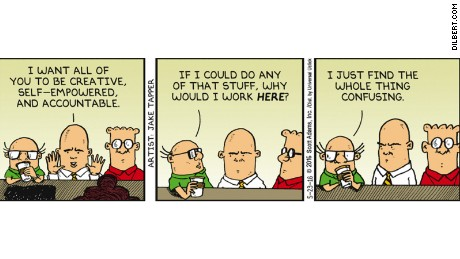 Jay and I talk with founders, venture capitalists, and community builders from cities outside of Silicon Valley every week on upside. One thing I have learned is that, outside of the top tech hubs, the Top-Downs appear to be winning.

Don’t believe me?  Ask five entrepreneurs in a given city who the major players are in the startup space in any city that isn’t San Francisco/Silicon Valley, New York, or Boston. Depending on the city, those founders will all mention the same couple of names. It will be so obvious.

Want further proof? If you’re a founder or venture capitalist from a city that qualifies, you’ve already called out your one to two organizations in your brain. And if you carry out the experiment above, it will confirm that. In almost every city we talk to, there is one preeminent center for entrepreneurship. Usually this center is publicly funded.

In a world that feels increasingly polarized, it’s easy to pick a side and align your identity.

But here’s where the rub comes in and it has to do with power and accessibility: When you de-fragment a community, you are not only increasing efficiencies and aligning visions; you are consolidating power. Those organizations (the same ones you just thought about) become powerful – whether they or you or a founder likes it or not.

The process of kowtowing has begun, and it happens in three steps.

Let’s take a step back because it may seem as if I have been unduly cruel to Top-Downs. Let me assure you that I believe that the people who spend every waking of their life trying to build startup communities are some of the best people in the world. They do it for little pay and little thanks. They deal with egos you wouldn’t believe. They teach and they facilitate.

I do not believe that a world without Top-Down reliance is a better world. I am not a Feldist.

I’m Eric and I believe wholeheartedly that our world lacks nuance and the ability to approach the middle.

Everything comes down to incentives. Politicians are incentivized to fund things that will get them re-elected. So, of course, a politician would never fund something that is decentralized in nature. The Feldists are at a structural disadvantage.

To the funders, someone needs to be held accountable for failures and successes must be tangible. This is why there is usually some level of public money behind the community center for innovation.

You can see it. You can feel it. This is why resources and political support bolster an organization or two. It’s a talking point to answer the question about where our manufacturing jobs went (hint: sans WWIII, they aren’t coming back) by diverting to where jobs will be coming from.

Let’s find some middle ground using a little nuance, a little creativity, and a lot of empathy. Below I will outline three public program proposals which seek to solve a problem that is simple but not easy. Let’s use the power unwittingly accrued in an organization or two to set up decentralized programs focused on individuals. Where I have blatantly stole an idea, I include it in parentheses

A fund that invests in every startup that is funded in the city. If a startup raises $50k, the city fund automatically invests $5-10k alongside whatever investors at whatever valuation and terms. Interest in the fund is distributed to community builders (both formal and informal) through a blind nomination, application, and selection process. The specifics would have to be worked out, but the incentive would effectively give everyone in the community an incentive to support every startup, not just those they back with capital or services.

Most cities we, as upside, have explored have an angel network that is generally part of one or two angel funds. The proposition for risk mitigating wealthy individuals who want to invest in startups to diversify their investment return is a promising one of relatively uncorrelated returns.

An angel who might have put $50k in 10 companies can, through an angel fund, put $500k in 50-100 companies. When angels funds swallow most of the angels, a founder must either go through a local accelerator, get capital or services from a centralized community organization, or be a favorite of the angel fund to secure funding.

What if we could create risk-obsessed angels by giving 30 individuals who do not have capital, but do have insight and connections, $1M and a mandate to make $50k investments in pre-seed companies over a 3-year period?

No management fee. They get 15% carry. The sponsoring agency gets 5% carry. Will they fund their friends? Yes, and that’s the point. Select your 30 wisely. Repeat every three years with a new cohort.

Big companies in cities that are not the most “desirable” are facing the same problem. And, look on Angel List or any VC’s job portal. Every portfolio company is hiring tech talent.

What if we created a technical training program that was free to attend and recouped its costs ONLY if its students got tech jobs. Talk about accountability.

The structure could be taken from Lambda School almost word for word. Just go look at some of the stories Lambda School shares. People want this. The added benefit of being a geographic initiative is that the big companies in the area would likely fund it.

“The average technology job in our region is $95k per year.  All repayments are made over three years and are capped at 10% pay per year:

For all of these ideas, the focus should be on the individual winning the arrangement. Aligning incentives. This is done in three primary ways:

There are a lot of questions that this piece doesn’t get into regarding funding sources, conflicts of interest, and a whole host of potential failure points that vary from community to community. The ideas mentioned above may not be a fit for your community.

The core of the Top-Down model is that everyone is there to help founders reach their potential. I have never had a question about that. Like raising a child or a puppy, there is a blurry line between guided direction and precedent setting rule. It’s the unintended consequences of the model that should be identified.

You don’t want founders saying things like “oh, don’t work with them” or “they are on a power trip” or “they are hard to work with” or “no way can I do X, Y, or Z in this city.”

We’re in a unique position at upside, and trust me, we hear this.

In my opinion, a well-designed startup ecosystem provides channels for top down direction and bottom up innovation.

Eric Hornung is the co-founder of The Up Company, co-host of the upside podcast, and co-editor of the update. Eric also works full-time for Duff & Phelps, a corporate financial advisory firm, in Corporate Bankruptcy Advisory and as project manager of Blockchain and Cryptocurrency. He lives in Cincinnati but has traveled the world and is a die hard Cleveland fan. His free time is cannibalized by studying to be a Chartered Financial Analyst (CFA) and tending to Hank, his new Bernese Mountain Dog puppy.