After a year of producing upside, we’ve found the description of tech ecosystems not named “Silicon Valley” across the United States is more or less consistent.

“Our tech scene is growing, the cost of living is great, we just need more capital.”

But as you dig in deeper to more maturing ecosystems, founders start to look beyond the insatiable thirst for capital and talk about talent.

On the surface, it seems as if they’re looking for engineering talent — people to build the product faster to serve the changing demands of the consumer.

But the talent gap goes a lot deeper than engineering talent.
—

I’ve lived in Columbus, Ohio, for the past decade. I’ve watched as Drive Capital announced their first $250M fund, as they made their first investments in CrossChx, as CoverMyMeds sold for over $1B, as Drive invested in Root Insurance, and then as Root Insurance received a $1B valuation.

And all of that in just the last five years.

Meanwhile, other signs of growth are happening in tandem:

That gave birth to a lot of job creation:

And these are just a handful of examples!

Columbus was a finalist for Amazon HQ2 earlier this year but fell short. Talent was a big consideration, with Bezos saying in a statement, “picking New York and Washington will allow us to attract world-class talent that will help us to continue inventing for customers for years to come.”

Besides Amazon, other large tech companies have taken notice of the midwest as a beacon for talent, with Facebook, IBM, and others opening satellite offices and data centers.

Coastal VCs are taking bus tours of the region including Columbus and Pittsburgh, and commenting on the promise of these burgeoning tech hubs.

And with major universities and research institutions in their backyard, these cities should have plenty of junior level talent created each year.

So what’s the problem? What talent gap?

Let’s look at our first assumption, which was that companies need to hire engineers to get the product out to the consumer faster.

And this is where the new talent challenges begin to emerge.

Data from sources like Hired show that average salaries of these three product positions, product management, product design, and data analytics are increasing year-over-year on par with or exceeding software engineering.

And as demand increases, we look for sources of supply. But for product management roles in particular, there aren’t many paths in to getting a product role.

Product Management has typically been a role that emerged as a company needed it, and now PMs are hired because of their PM experience. But what if they don’t have prior experience?

There are few options. General Assembly, Product School, and Linkedin Learning offer reputable certifications, but outside of that you’re looking for a team to take a flier on someone green — a risky move for a young company.

When you see headlines like “adds 400 jobs,” you know that a large proportion of those roles are not engineering or product talent.

Sales is the lifeblood of any company, and more often than not, entry-level sales reps come in with no prior experience or study in sales at all.

Anecdotally, I hear a huge need for digital marketers who can show the ideation, execution, and results of campaigns — and I know next to none of them.

Real, modern digital marketing is the backbone of many ecommerce and retail companies like Summersalt, Concur, Wicked Sheets, Allbirds, and Chubbies.

These roles are all just as important to a startup’s growth and success as engineering, and there is a very real need for them.

This is one of the toughest blind spots for a young founder. It’s truly a case of not knowing what you don’t know.

But, one of the growing pains of an ecosystem is a lack of leaders who have experienced hyper growth, as noted by Tim Schigel of Refinery Ventures in this 2017 article from Business Insider:

We have lots of big company experience, we have lots of incredibly smart people, and we have experience in big complex industries such as healthcare and logistics…But not many Midwestern business people have had that rocketship growth experience; the visceral sense of the pressure and speed of g-forces when you take a $1 million startup and turn it into a $1 billion-plus business…

They haven’t worked at venture-backed businesses or had that experience modeled for them. They work at large, established corporations and, even though they might have a growth mindset, they’ve never felt the heavy g’s.

With partners who came from Sequoia, it’s no surprise that the Drive Capital team understands the value of veteran leadership. Root Insurance has found success hiring veteran leaders inside and outside of Ohio.

Root, which has roughly 80 full-time employees, has also benefited from attracting mid- to senior-level talent who want to “boomerang” back to Columbus from the coasts. The company’s chief creative officer, Travis McCleery, was formerly a lead product designer at Netflix, while the company’s VP of corporate development, Kumi Walker, was previously a business development manager at Twitter.

And CTO Dan Manges was the founding CTO of Braintree, which was acquired by PayPal.

The problem is that almost all the roles mentioned above (save for operations, sales, and support) can really be solved with a stronger university pipeline. The speed at which modern engineering and marketing practices evolve prohibits universities from creating and maintaining a truly relevant curriculum.

And worse, product roles aren’t taught at most universities at all.

There’s a ton of talent in some of the large corporations — places like Nationwide Insurance, JP Morgan Chase, L Brands, Procter & Gamble, and so on.

But not only do these corporations compete for the same talent (and have deeper pockets to pay them), but working at a startup is a different beast.

At big companies, you can get fired for being 5% wrong about a decision. So most of the effort goes into preparing detailed plans, looking for minor contingencies, building other plans for how you’ll react to those contingencies, and building consensus throughout the process.

At startups, successful decision makers are right 50% of the time…“It’s less about what you know with certainty going in, and more about what you quickly learn along the way. You have to be comfortable making mistakes that might get you fired at the big company.” Speed matters way more than accuracy. At startups, failing to adapt your strategy to what you learn on the ground is what gets you fired.

So what’s the solution?

Should cities focus on home-growing their talent? Allow startup companies to fend for themselves in attracting outside talent? Give tax abatements to major companies in the hopes of attracting more talent to a region?

As with most things, the answer probably lies somewhere in the middle.

We see companies, like Root Insurance, who are pulling from the deeper talent pool of Silicon Valley. I think boomerang-ing is here to stay, and we even see groups like Powderkeg looking to facilitate this trend.

Workers won’t keep living in vans and RVs just to stay in the Valley.

Companies may consider going remote-first and broadening the talent pool that way. The tools available to teams like Slack, Zoom, and Threads make this easier than ever.

Apprenticeship models have been around as long as humankind, and for fast-changing roles like these, make a lot of sense.

I’m bullish on skills programs. General Assembly was early to this space. Product School has also sprung forward as one of the few go-to skills programs for product managers. And now Lambda School has been showing extraordinary results offering coding immersion programs with the promise of employment afterward.

How might organizations bring more of these nimble skills programs to their cities?

What if an economic development or even venture capital organization used the Lambda payback model to train new talent? What if the instructors were the ones who were ultimately hiring for their companies?

The talent gap is a wicked problem. One that, currently, we’re only seeing the tip of the iceberg.

And so as the battle for talent becomes larger and larger, companies, organizations, and ecosystems need to be proactive about increasing supply (via skills training and apprenticeship) or access to these skilled positions (remote work).

The companies and ecosystems that are will win out coming years. 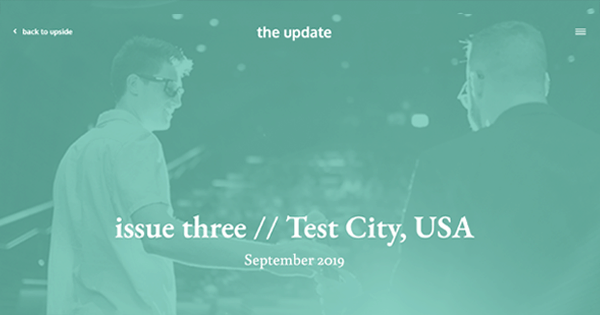